Profactor Armaturen GmbH is a German production and trade association that owns manufacturing facilities, warehouses, and trade representative offices in various countries around the world. The company started actively growing and developing after the reunification of Germany (Deutsche Wiedervereinigung) in 1990, when East Germany or the GDR (German Democratic Republic) and West Berlin were merged with the FRG.

The history of the birth of the PROFACTOR trademark began in Elb, Florence — this is how medieval Dresden is called in German literature. In late 60s of the 20th century, when Dresden was brought into the GDR, some East German craftsmen decided to join together and establish a small craftsmen’s production cooperative. It was headed by a young technical specialist by the name of Gustav Reisch. For the first time in the GDR, a socialist camp, the private enterprise started manufacturing professional plumbing equipment in line with Western standards guided by the standards of the Deutsches Institut für Normung (DIN) – the German Institute for Standardization, which was established

High-quality products immediately attracted people’s attention, the demand for PROFACTOR plumbing fixtures increased, word-of-mouth advertising spread information about “the western product” not only in Dresden, but outside it as well. PROFACTOR products completely exceeded their competitors’ products, which were manufactured in the GDR by national companies (Volkseigener Betrieb) and state-participated companies (Betrieb mit staatlicher Beteiligung).

Alas, the craftsmen’s cooperative in Dresden did not last for long. In 1972, all the medium- and small-sized private and mixed-ownership companies in the GDR were nationalized. By 1989, 80% of workers of the German socialist block were engaged in national enterprises. In connection with this, the private manufacturing of PROFACTOR stopped until 1990 when Germany was reunited. After the reunification of the country, many craftsmen left Dresden for Munich, where they reunited in the plumbing equipment manufacturing cooperative. However, competitiveness in the West German market turned out to be more intense than in the GDR. It was hard to develop the cooperative, and for a long time PROFACTOR’s products were only produced in small lots and distributed in the domestic market. 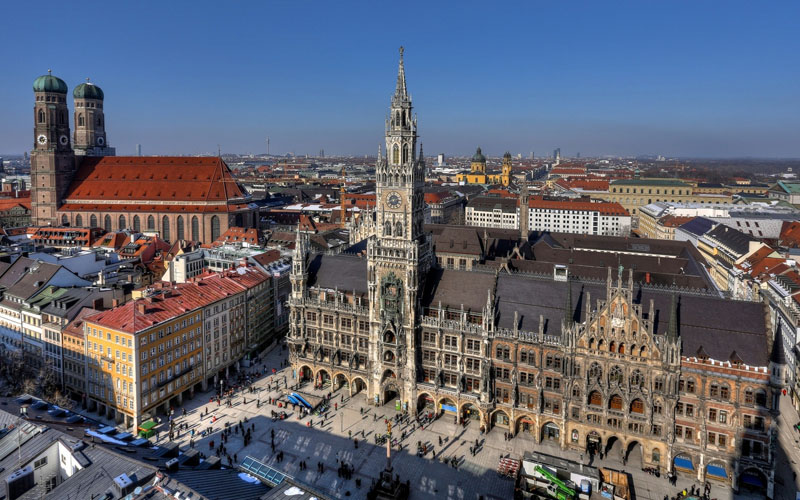 The reunification of the country and adaptation of the East German economy required considerable investments. In 1991, to cover costs, the Solidarity Tax (Solidaritätszuschlag) was introduced. It amounted to 7.5% for all incomes of physical persons and companies registered in West Germany. The cooperative of East German craftsmen in Munich, while falling under the new tax, also supported the restoration of the infrastructure and economy of the eastern region. In 1998, the Solidarity Tax was reduced to 5.5% and remains the same to this day.

In 2005, the activity of the cooperative began developing, the company expanded, and PROFACTOR’s plumbing fixtures found their niche in the domestic market and then started being exported to Austria. 10 years later, the German manufacturer’s products began being exported to Russia, Eastern Europe, and the Middle East. In 2015 the production and trade company underwent rebranding and started operating under the name PROFACTOR Armaturen GmbH.

Over the past 50 years, starting from the GDR, PROFACTOR products have become the German quality standard for consumers from Germany, Austria, Russia, Eastern Europe, and the Middle East. 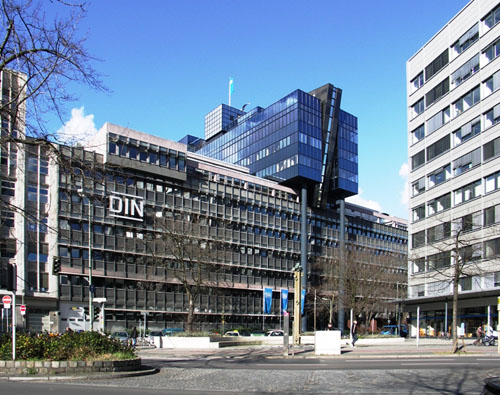 DIN standards remain steadfast for Profactor Armaturen GmbH, so, therefore, the quality of the German manufacturer’s products is flawless. For example, since the very beginning, the East German craftsmen have used CW617N brass for manufacturing tap casings, and made the balls and stems of ball taps from CW614N alloy. The same alloys are being employed by Profactor Armaturen GmbH up to this day. There are about two dozen DIN standards in the production range of the PROFACTOR brand. Based on them, the company specialists are making new developments and improving their plumbing products.

So, in 2016 PROFACTOR Armaturen GmbH was awarded with a certificate for the development and introduction of new types of products demonstrating high technical and performance specifications. The award was based on the results of the ClimatAquaTEx international exhibition.

The history of the apprentice and the German approach 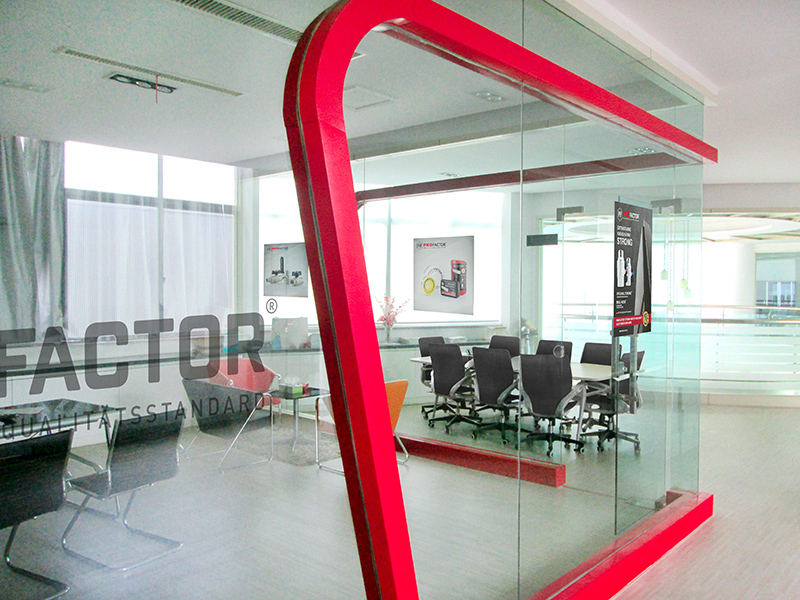 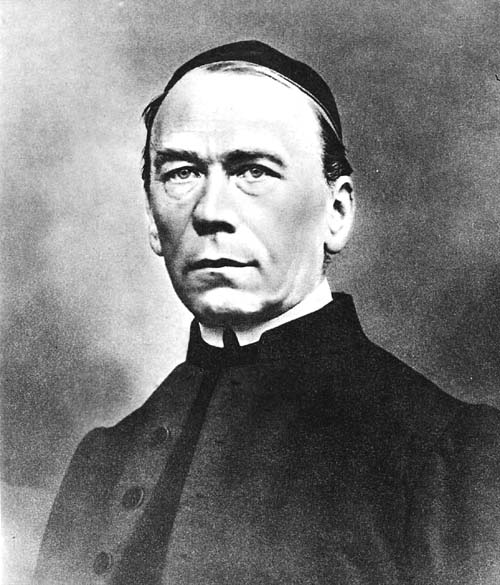 The head office of Profactor Armaturen GmbH is located in the center of Munich on . The name of the street, by coincidence, has an indirect relation to manufacturing and German standards and traditions, which guide the production of PROFACTOR products. Where does such a conclusion come from? The fact is that Adolf-Kolping-Str. comes from the name of a catholic priest named Adolf Kolping, who was the founder of the German first union of apprentices.

Before becoming a priest, Adolf tried to engage in crafts. To this end, he started working as an apprentice. There were not yet any special schools or colleges established in Germany. The craft was mastered in workshops and work houses while fulfilling assignments and working with craftsmen mentors. This kind of approach for training specialists remains in Germany to the present day! 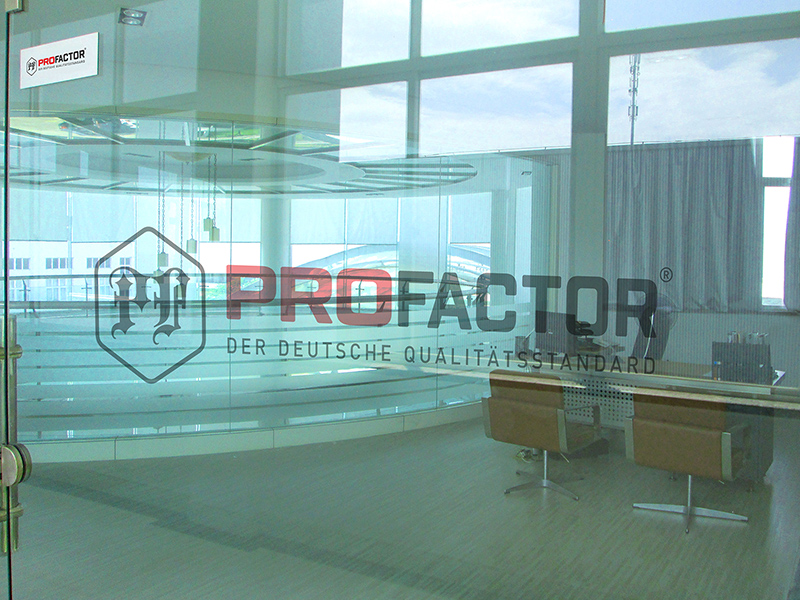 The German mentoring school was a kind of foundation for German industrial companies and reflects the specifics of German work. The foundation in producing professional plumbing equipment, where the traditions and skills of craftsmen are passed from generation to generation, is particularly important. The precision of items, their weight, alloy, and processing are measured in millimeters and grams, just as carefully as in a pharmacy. The standards developed and set in Germany in the early 20th century remain unchanged in the 21st century. Stepping over the line and diverging from quality standards is impossible for a German manufacturer.

The association of apprentices headed by Adolf Kolping has become a model for similar organizations and Catholic Working Unions, which started emerging in different cities across Germany and Austria. They comprised forge shops and metallurgic shops, and they conducted experiments with metals, in particular, copper. It was melted, and alloying components were added to it to obtain a stronger alloy with higher anticorrosion properties. And thus, by correctly combining copper and zinc metal, a unique alloy, brass, was obtained. It is this exact brass that is presently used as the main material for manufacturing our plumbing fixtures.

A wide range of PROFACTOR® products are manufactured at enterprises in Spain, Bulgaria, Germany, and China based on our certified quality management system as per ISO 9001:2000 International Standard.